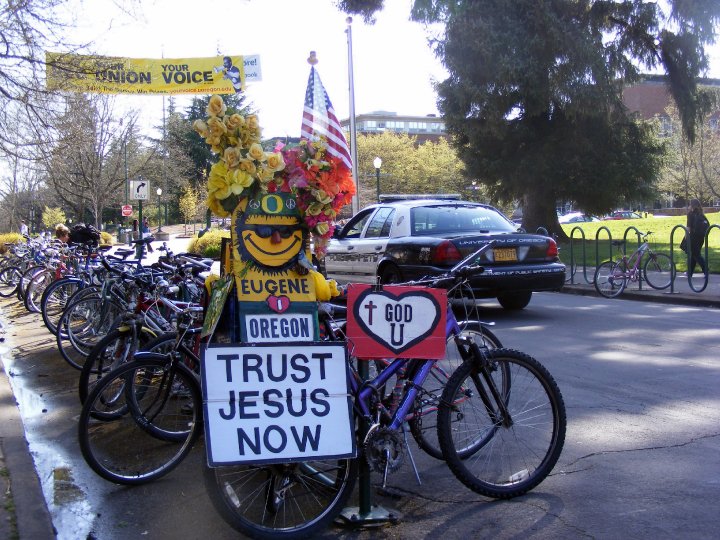 Found the bike at the university campus.

A two year old girl who can barely talk and whose parents are missionaries asked me If I went to church. She's been indoctrinated that she would go to hell unless she believes in 'the invisible man'. That's cruel. I don't really care If my son will believe in God when he's a grown up but I'm not going to manipulate his mind like that. Children should be allowed to think freely. I was taken to temples when I was young, yes, but just to learn that giving unconditionally is the greatest thing I could possibly do in my life. I still believe in Buddha, not himself but his philosophy.

I'm not trying to be offensive. I just think it's kind of sad. She's going to believe that dinosaurs didn't exist and rocks were only 2000 years old.

Children are like empty canvas waiting to be painted. Whatever we put in their brains come back out. How ridiculous I don't even remember why I was mad at my son but I remember yelling at him, right in his face. Guess what happened. He immediately yelled back at me. Like I said, children are REALLY good at imitating. Their brains are sponge-like, which absorb everything.

However, I've nothing against christians as long as they don't force their belief down my throat or my son's.