Last Sunday, March 21, 2010 my son and his friends in Arsenal football team - U8 has been invited to join the ' Friendship Match, 2010' which organized by 'You Can Kick It' team.
This is the 2nd time that my son, Brux has join the tournament so far for the year 2010.
Last year he went through many tournaments and won nothing.
The best that his team did was be in the top 3.
We went to Harrow International School from 10.00 am - 16.30 pm. The sun was very very hot and we wished and prayed that Arsenal will be in the final. And they finally made it.
Moreover, They won and got the GOLD medal!
I'm so proud of my son, Brux.
Of course, I strongly believe that if you keep on doing something for your best and do not give up along the way.... Some day it will be your day!
Nat
24.03.2010 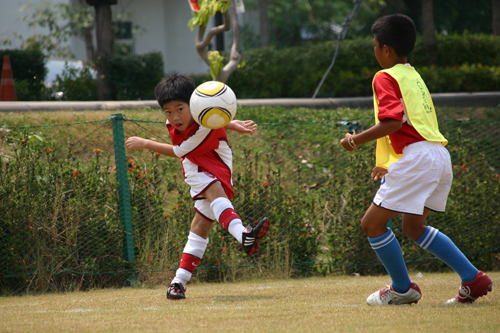 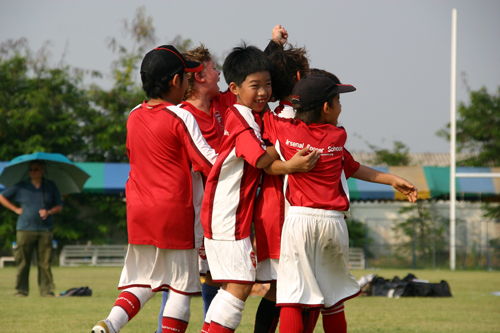 They are now the CHAMPION! 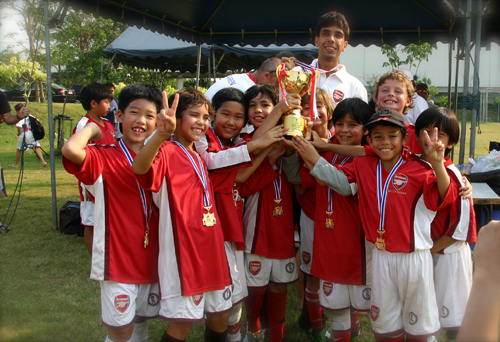 Big smiles of ALL! 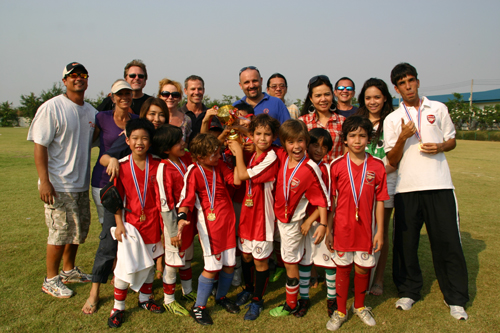 Parents, Kids & Coach, Marchinyo (the man on the far right)